skip to main | skip to sidebar

Some storyboards in color, a relative rarity

These boards were for the Samsung OLED curved-screen television. An odd feature of this particular set of boards was that the agency requested that I cast Francis Ford Coppola as the grandfather — not a lookalike, but Mr. Coppola himself. That's the reason for the film posters in the last two frames. The logic behind this escapes me. I don't know if the spot ever aired, so I don't know if they were successful in their efforts to recruit him.

The subdued color was an attempt to lend the boards a more "documentary" feel. That was what the art director requested at the last minute, after the boards had been drawn and colored. Decreasing the saturation seemed the only option short of a total redraw. Fortunately, it achieved the effect they were looking for.

There are some collage elements in these boards. It's not always worthwhile to draw every element when time is of the essence. What might be considered "cheating" in another context is just a means of enhancing verisimilitude and saving precious minutes where storyboards are concerned. 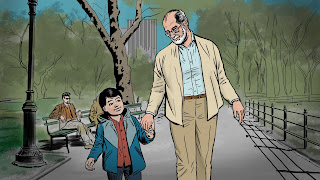 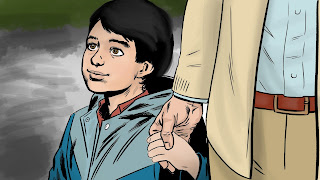 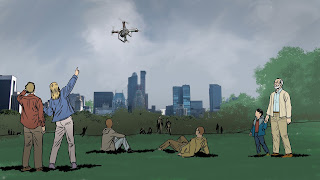 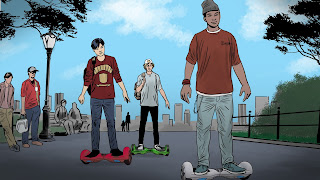 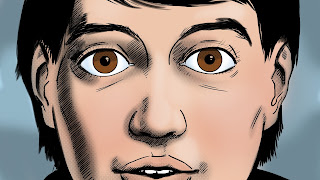 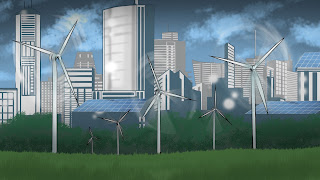 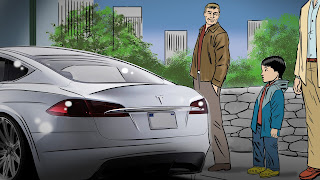 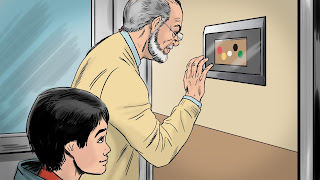 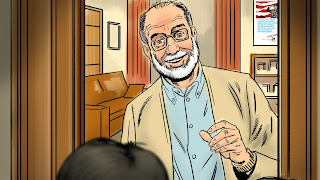 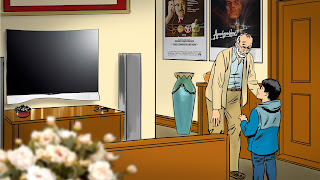 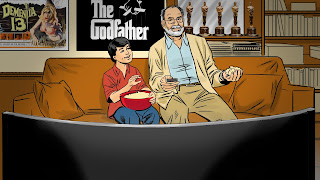 The original sketches featured a more curly-hired boy accompanied by his mother; the grandfather only appeared in the last three frames. 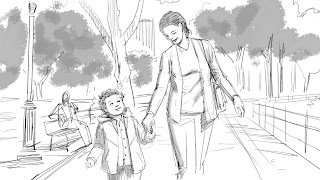 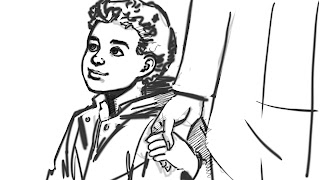 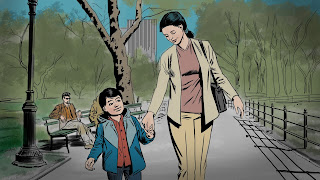 Posted by Andrew Wendel, Artist, Illustrator, and Musician at 11:04 AM

Andrew Wendel, Artist, Illustrator, and Musician
Andrew Wendel is a New York-based artist and illustrator whose career has encompassed everything from cartooning to classical portraiture. A largely self-taught artist who sold his first work at the age of nine, Wendel also has an AB in Studio Art and Semiotics from Brown University. His clients through the years have included The New Yorker, Polygram Records, Valiant Comics, Crusade Comics, Paradox Press, The United Nations, and virtually every major advertising agency in the United States. I don't currently have anything set up for online sales of my artwork, but you may contact me via email if you are interested. Email: the letters a, s, and w, followed by the "at" sign, followed by the letters n, y, c, and t, dot net.